The Best Sex Positions with the Man on Top

Before we show you some of the best (i.e. most pleasurable and satisfying) sex positions with the man on top, we need to clarify the title. We're using "the man" because these positions are made with heterosexual couples in mind. However, most can be as enjoyable for anyone performing penetrative sex. The reason why some work better for heterosexual couples is because they will arouse and stimulate women in particular. For the best sex positions with the man on top from oneHOWTO you only need a little imagination, some stamina and a pinch of enthusiasm This will heat things up if you need it or just keep you on the right track to more intense climax in the bedroom.

You may also be interested in: Sex Positions with the Woman on Top
Contents

When we talk about the best sex positions with the man on top, we're going to forget the obvious: the missionary. This is not because the missionary isn't a fun position. It's used commonly for a good reason. But, hopefully if you're reading this article you have the basics down and want something a little more advanced.

That's why we start with the arch sex position. It is similar to missionary, but with a little fun tweak. Instead of the receiver lying all the way down on their back, the giver pulls their pelvis up. This way the penetration can be really deep, but still easy.

The giver must be sitting with their knees on the ground. The receiver will rest their legs on their thighs and have feet on the ground. If a woman is receiving, they can push with their arms to get in tighter. This will increase stimulation of the clitoris and make penetration even more pleasurable.

This next man on top sex position is another variation of missionary. The difference is that the receiver puts their legs up on the man's shoulders. This means they are more exposed and ready for the giver. This way, with a woman fully doubled over, they can be penetrated deeply (hence the name of the position) and move easily. It is a very pleasant and easy position to do.

It's benefits aren't just for the deepness of the thrust, but it allows a man on top a lot of control. They can slow or quicken the pace easily. If doing it slowly, they can put in just the tip and then lower themselves down. If thrusting fast, they can move their hips rapidly to give a lot of pleasure.

There is one particular consideration with this sex position. The man needs to have strong arms otherwise they won't be able to hold themselves up for too long. This can ruing the fun, so maybe do a few push ups before trying this one.

To perform this sexual technique with a man and woman, the man should sit between the legs of the woman. Lying with her legs spread, she allows him to penetrate her. This is a position for relaxed sex as movement is a little limited. This is because although the man is on top, he is also sitting on his buttocks. This makes it difficult to pivot, swivel and thrust with the hips.

Although there may be less hip movement, there are other benefits in this sex position with the man on top. It might be during a slight down time in love making where you want to enjoy the pleasure of other contact. Your partner will be naked and close to you, lying back and allowing for other play.

You can stimulate a woman's clitoris if she is lying down like this and is open to you. You can play with their chest, nipples or feel the skin on their belly. Because of this it's also a good one when you are only getting started into a steamy session. It might be a little difficult for kissing as you will need to bend forward considerably.

This can be a very fun position, but is unfortunately reserved for those who are quite flexible. If a woman is receiving, she should support only the upper back and shoulders on the bed. She should push her lower half up towards the man on top. This is incredibly difficult to do without some help, so if a man is on top, he can grab her by the thighs or hips and hold her in position.

In this position, the man thrusts down with his hips. He can control the rhythm and penetrate deep. This is partly because she is more exposed in this position.It is a good position to use if people are interested in dominance and submission. The person on top is in control and the receiver will be submitted.

The warning, however, is the reason for the name "the catapult". If the giver pushes down too much, the receiver might spring forward and send them flying. Not good for head injuries.

In this sex position, the man is kneeling before the woman and she has her legs elevated. This is very similar to the deep thrust sex position, but with the difference that the women does not open her legs. She must keep her legs closed and the man will penetrate her whilst leaning on her legs. It is almost like spooning, except the man is on top.

This position is commonly known as "doggy style" because this way of having sex is similar to how such animals have it. The trick is for the woman to kneel in front of the man and put her hands on the bed, he, gripping her from behind, can penetrate her without any complication and also his hands will be free to enjoy the body of his lover. This is a very easy and satisfying position for all types of relationships.

It is one of the most common, but it means that the two people aren't facing each other. This doesn't mean it can't be intimate. It also might be what you are looking for. It's a great man on top sex position, but it's also great to play around with. You can play with the woman's breasts, give a little spanking (if you're both into it - don't presume) and really let yourself go.

These are the best sexual positions with the man on top, but they are not just for the man. A woman might have a lot of fun with these positions and can be treated tenderly or vigorously, according to preference.

If you want to read similar articles to The Best Sex Positions with the Man on Top, we recommend you visit our Sentimental relationships category.

The Best Sex Positions with the Man on Top 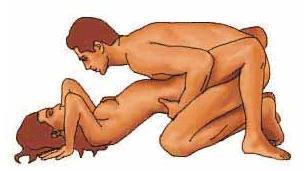 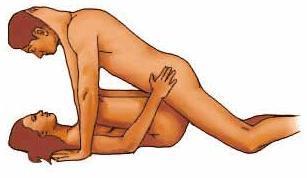 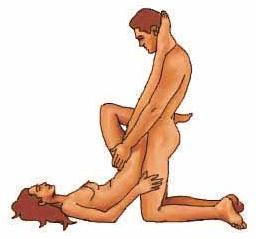 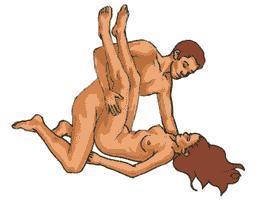 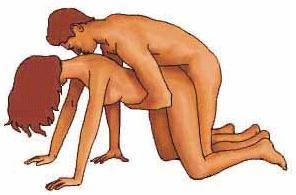