How to Have Good Sex Outdoors

Having sex outdoors is risky business, which is kinda the point. If it weren't taboo, you'd be having your morning coffee spilled over you every day by rampant fellow commuters bumping uglies. Being discreet is the key, but the fear of getting caught is the fun. What isn't fun is a hefty fine and a possible jail sentence, so there are some considerations you'll need to make if you want to explore your nature in nature. This oneHOWTO article will not only tell you what you need to think about if you want to have sex outdoors. It'll also tell you how to have good sex outdoors. I mean, why would you read an article called how to have bad sex outdoors?

You may also be interested in: Is it good to have sex every day?
Contents

Let's get the business out of the way. Having sex in public is pretty illegal. If you get caught having sex outside by the police and are convicted, you could be prosecuted. If you live in the United States, this may result in a jail sentence of up to one year and a fine of up to $1,000. This can differ from state to state and country to country. Part of the fun is the fear of getting caught, but if these are the punishments, getting caught is no fun.

Having sex in public can also land you on the sex offender's register. Actually, even peeing in public can get you put on the sex offender's register. This doesn't mean that all sex offences under the law are trivial stuck-in-the-20th-century affairs. Some rules are there for good reason. If you want to have good sex outside, but think round the back of an elementary school is a smart idea, you'll need to think again. Being careful will not only lead to good fun, but it can protect the future of both yourself and others.

Secluded is a good word for a reason if you're thinking of having sex outside. It means you're hidden, but it also means you are protected. You don't want the wrong person to come along and try to take advantage of you in a vulnerable situation. Or, as we said before, if an officer of the law comes along. Even if you are casually revealing your breasts or bum somewhere deemed inappropriate, you can be charged with committing a lewd act.

If you do decide to have sex outdoors, then there are some better places to choose. We are not going to count having sex in a car. Technically that's indoors. And if you are here because you are thinking of getting some more people in on the fun, maybe you want to check out this article here. Now having sex on your car, that we can discuss. It has more to do with where you park than anything else. Also, remember that the hood of your car can get very hot in sunny weather, so watch out for burned butts.

For many people, the first thought of having sex outdoors is in the woods. The magical land where Frodo and Sam hid their sexual tension is the same place you can release yours. This is often one of the most spontaneous places to have sex outdoors. You go on a ramble, the air breathes pure and you feel healthy. Healthy and happy is conducive to sex, so if you and your partner feel compelled, have a little think first.

The most simple precaution is to take a look around. If you have been on a trek and not seen another soul for hours, it's probably unlikely there'll be one there soon, but it's still good to have a cursory glance. Having good sex outdoors is also something which usually doesn't take much time. If it's not something you do often, the thrill and excitement of it might mean it won't last that long. It also might be practically uncomfortable, so you might want to get your kicks sharpish.

If you are on the beach, then you should also look around. Doing this will involve checking the dunes and forest behind the beach. As beaches are often a place for family fun, this is extra important. Some beaches, however, are known for more adult fun. You might end up with some unwelcome guests if you're not careful. Wherever you go, you should make sure it is somewhere you are either familiar with or have done a little research on. You don't want to be getting into any Deliverance territory with locals not taking too kindly to your carefree sex positive ways.

Having sex on the beach might be a cherished memory for years to come. It also might be as terrible as the 1998 Tspoon song of the same name. This is could be due to sand getting in the wrong place or over-inquisitive crabs. Either way, you should come prepared. A blanket is a must-have. It won't just stop debris and foliage getting up there, it'll be a good cover up if you need to hide in a hurry.

To have good sex outdoors is similar to having good sex anywhere. Get into it. If you are on the beach and lucky enough to be in warm climates, make the most of it. Feel the hot sun on your skin, embrace the texture of the sand and be stimulated by the salty air. If it is hot and you're on the beach, go for it. Body builders in outdoor gyms don't have a problem breaking a sweat at the seaside, so neither should you. Besides if you need to cool off there's that big blue wet thing just there to cool off in.

It's not always the critters that crawl on land which can take away some of the fun. Midges and mosquitos are the worst. When putting on your insect repellent try and put it on everywhere if you know you're going to have an adventure. Although, if spontaneity is part of the fun then that's not always going to be likely.

You are less likely to have good sex in the woods if you remain on the ground. Forests aren't exactly known for having flat surfaces, but you can work this to your advantage. Prop yourselves up against a tree. It'll keep your weight and also do a good job of hiding you. Thickets and ferns are similar.

The weather can work for you and against you. If it's sunny, skimpy clothes and warm weather might be just the catalyst for an outdoors tryst. Howling wind and stinging rain can do the opposite. This is why one of our most important tips is not to have sex outdoors if there is an extreme weather warning in effect. Leave that up to the storm chasers. If it's summer rain, then this might be different. Just like Spidey and Mary Jane, getting caught in the rain can be a romantic opportunity. Just make sure it's warm enough to not lose any important appendages to frostbite.

Perhaps you are wanting to have good sex outdoors because the sex you have indoors is getting a little pedestrian. This is very common among couples of every persuasion and having sex outside is also a popular sexual fantasy. If this is the case, then don't be nervous. Having bad sex outdoors is like bad sex anywhere. You might fumble, think too much about the practicalities and be too far in your mind that you just don't get into it. If you have to force it too much, then don't do it.

The trick to having good sex outdoors is to find a balance. You need to be careful enough that you don't get caught, but free enough to enjoy it. It's not necessarily and easy balance to strike, but it can be done. Just let your body be natural and keep your wits about you. Don't try anything too tricky position wise. Remember, the fun is in the location of where you are having sex, not so much about what you are doing. When you are exploring other parts of the house to be intimate in, then you have time to explore. To have good sex outdoors, it's best to keep it simple.

Keeping it simple means you don't, and probably shouldn't, take your clothes off. Wear a dress you can hoist up and down quickly or pants which can be loosened easily. Wearing a full corset or leather pants which take a pulley and some gardening shears to remove might make you feel sexy, but you might find you won't have time to do much about it. If you're on the beach then already being in little at all can work to your advantage. It can also be a good time for oral sex or the doggy position if you haven't already tried them out. If you haven't, maybe having sex outdoors is jumping the gun a little bit.

Another reason for wanting good sex outside could be that you are already sexual adventurous. You might just want to take it to the next level. This can involve a little roleplay, which doesn't mean you have to dress up. A common fantasy couples (and more) play out is to meet a stranger and have sex without even saying anything to each other. If you are in a relationship and want to pretend you are meeting a stranger, then it can be difficult if you do it in your house. It's hard to pretend like you are meeting a stranger when that stranger not only looks like your partner, but also has the same terrible Justin Bieber poster above their annoyingly squeaky bed.

Whatever environment you choose, you can adapt it to your roleplay. If it's in the woods then maybe a mystical maiden and a knight can come into play. Or a badass maiden and stranded knight. Or two knights. Or two maidens who bump into each other playing Pokemon Go. We'll leave that up to your imagination, but if you want to have good sex outdoors, it's no time to be shy.

If you want to have good sex outdoors, it's pretty easy. Be savvy, don't be somewhere you really shouldn't be and keep it simple.

If you want to read similar articles to How to Have Good Sex Outdoors, we recommend you visit our Sentimental relationships category.

How to Have Good Sex Outdoors 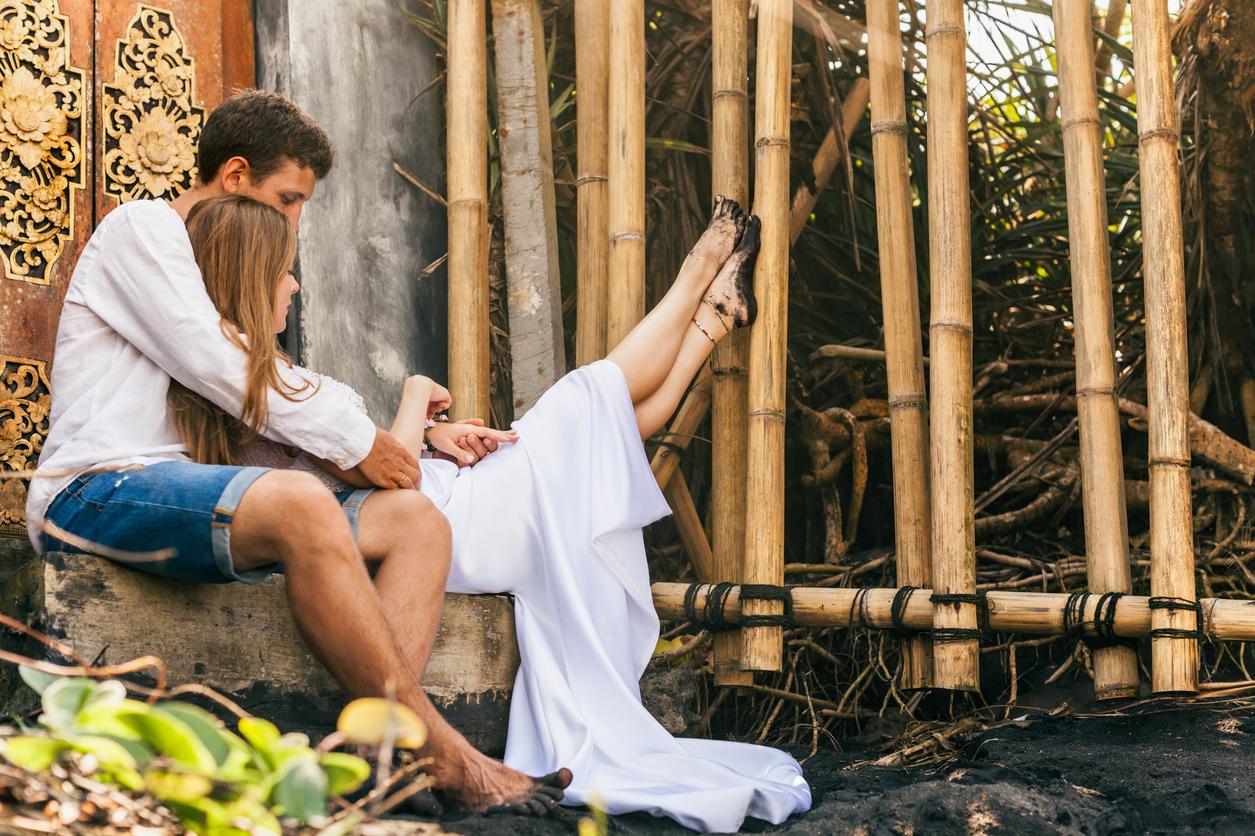 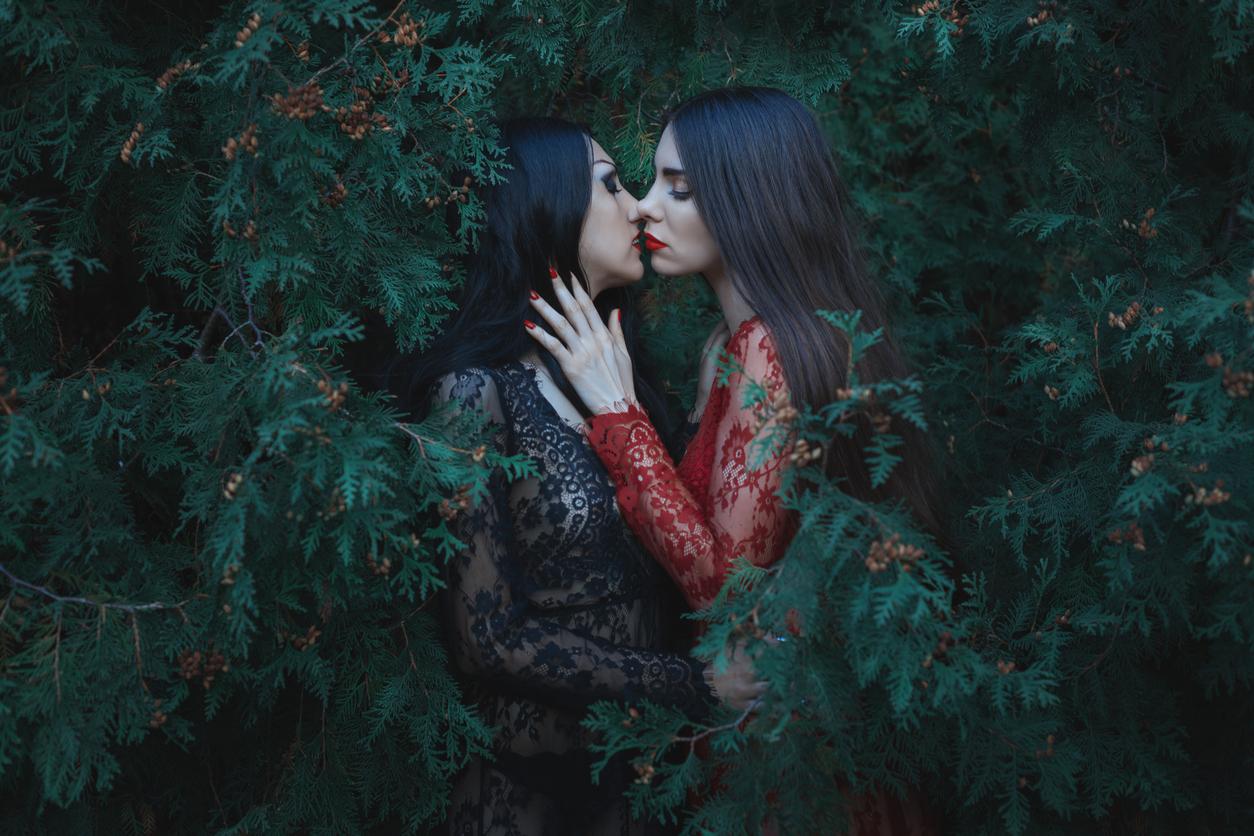 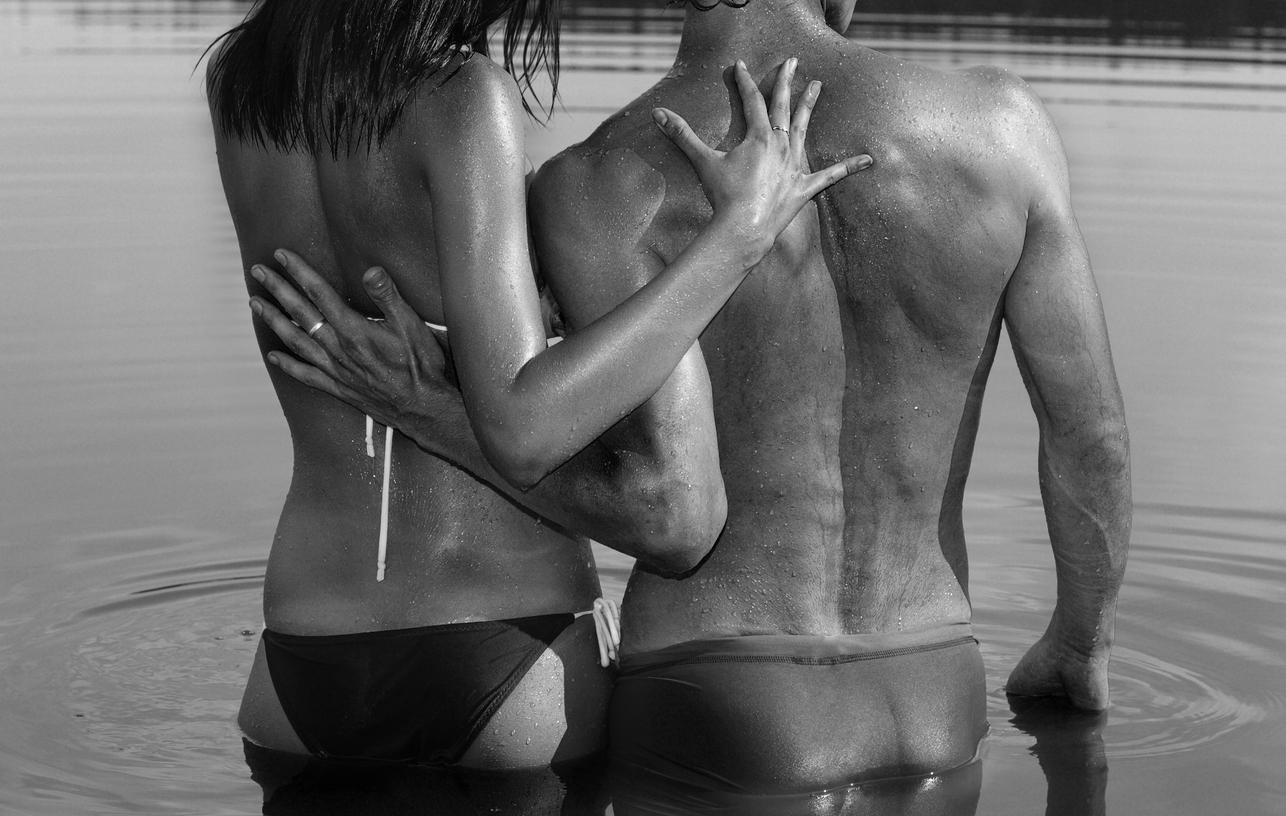 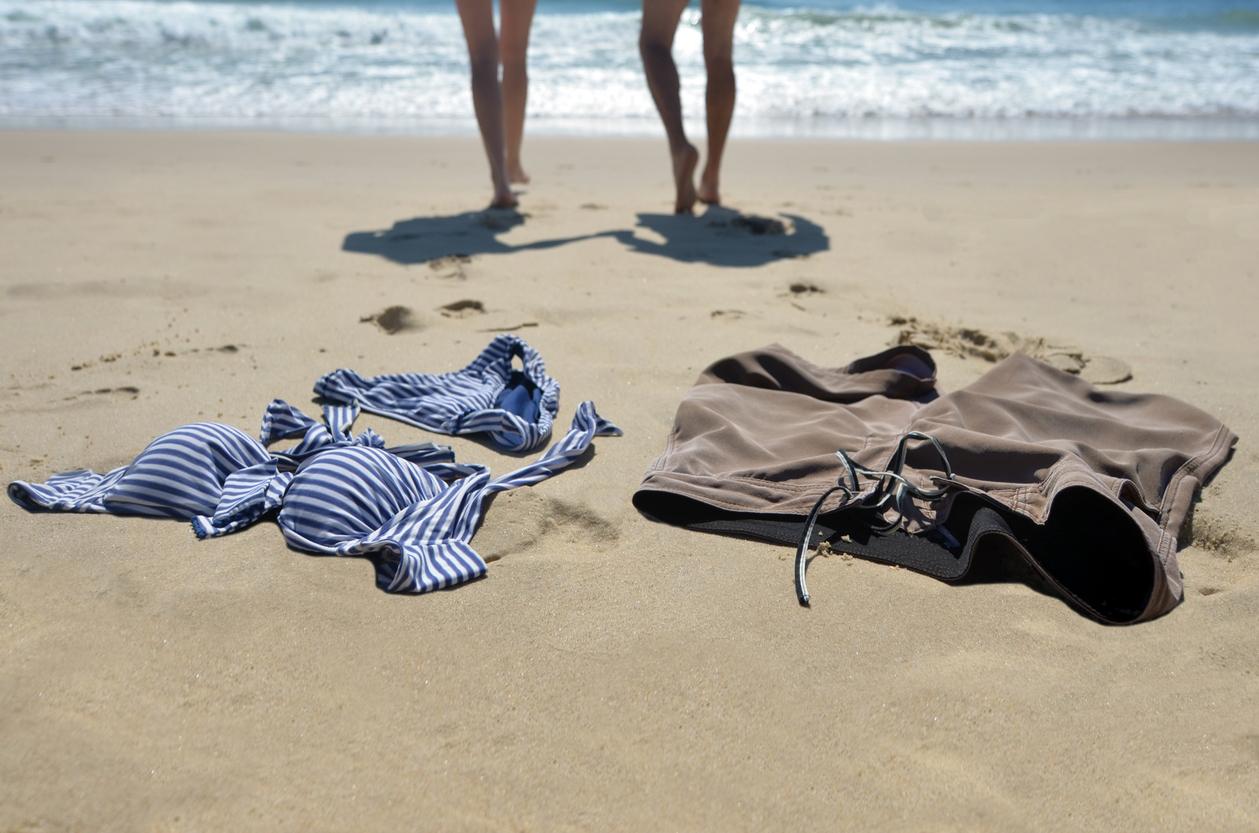